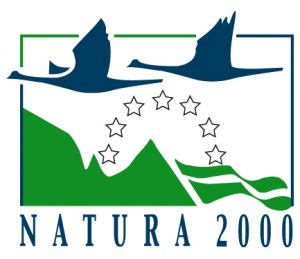 Natura 2000 is a network of sites designated according to uniform criteria in the whole of the European Union with a view to providing conservation of natural habitats and species which are of “European importance”. Natutra 2000 sites are claimed to be crucial for preserving not only endangered or very rare species of animals and plants but also natural habitats which are significant for biodiversity protection. The monitoring of natural habitats, plant communities and animal populations is an important part of this new nature conservation system.

The area contains 7 habitat types, and at least 31 plant and animal species whose conservation requires the designation of a Natura 2000 site. Approximately 90% of the area is forested, with fir-beech forests dominating. Here, you can find the endemic Świętokrzyski fir forest (Abietetum polonicum) as well as boulder fields, called gołoborza, abundant in rare and precious species of mosses, lichens and animals. Less numerous are pine and mixed coniferous forests, with the addition of oak. There are oak-hornbeam forests in lower-laying places, and in damp ones you can find not only humid and marshy coniferous forests but wet leafy forests as well. All of those plant communities have preserved an appreciable degree of naturalness, or even primordiality.