More than 97% of the Świętokrzyski National Park is covered by forests, in which 35 native tree species have been discovered. There have been also found 6 tree species alien to Poland, such as Douglas-fir, White Pine, northern red oak, Black Locust, and Horse-chestnut.
The spreading of alien species can be of invasive nature. Consequently, native species, habitats, and ecosystems may be endangered. That is why, in national parks, similarly to forests not covered by protection, there are efforts made to eliminate non-indigenous species.

The Life of Fir 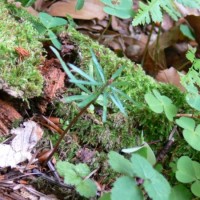 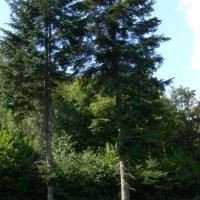 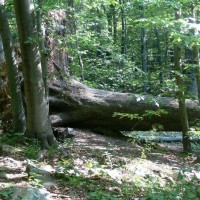 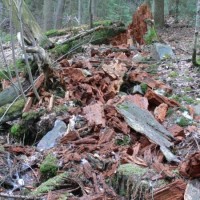 The most numerous trees in the ŚNP include fir and beech, which occur mainly on the ridge and slopes of the Łysogóry range.
Pine covers 21% of the Park area. It is the most common in the valleys: Wilkowska and Czarna Woda; on the mountains: Miejska, Psarska, and Chełmowa; in the forest enclave called uroczysko Serwis and in lower parts of the Łysogóry range, near the Park border.
Pedunculate oak and sessile oak cover about 2.2% of the Park area. They occur in the same places as pine.

Polish and European larches cover only 1.3% of the Park area. European larch was introduced artificially, and is an alien species to the Świętokrzyskie mountains. Yet its subspecies, that is Polish larch, constitutes a natural part of the Park forests. It is mainly found on Chełmowa Góra.
Black alder covers 0.5% of the Park area. Small associations of this species occur in the Wilkowska and Czarna Woda valleys, and in some dispersed sites in the main ridge of the Łysogóry range.
Norway spruce covers only 0.3% of the Park area. Its bigger associations were observed on the fringe of the boulder fields, called gołoborza, near the peaks of Łysa Góra and Łysica; in the Wilkowska and Czarna Woda valleys, on the peak of Psarska Góra, in the forest enclave uroczysko Serwis, and in the part of Klonowski range included in the Park.
In the ŚNP 21 shrub species have been found. Among common ones there are: red elderberry, hazel, raspberry, and eared willow. Less frequent species include: black elderberry, juniper, Guelder Rose, Alder Buckthorn, dog rose, blackthorn, spindle, and grey willow. 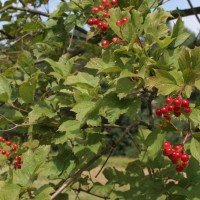 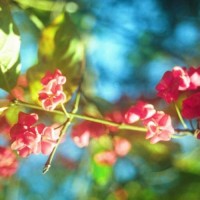 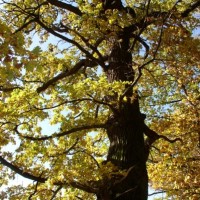 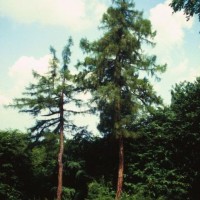